Is there anything that says Australia Day more than an American petrochemical company? ‘ 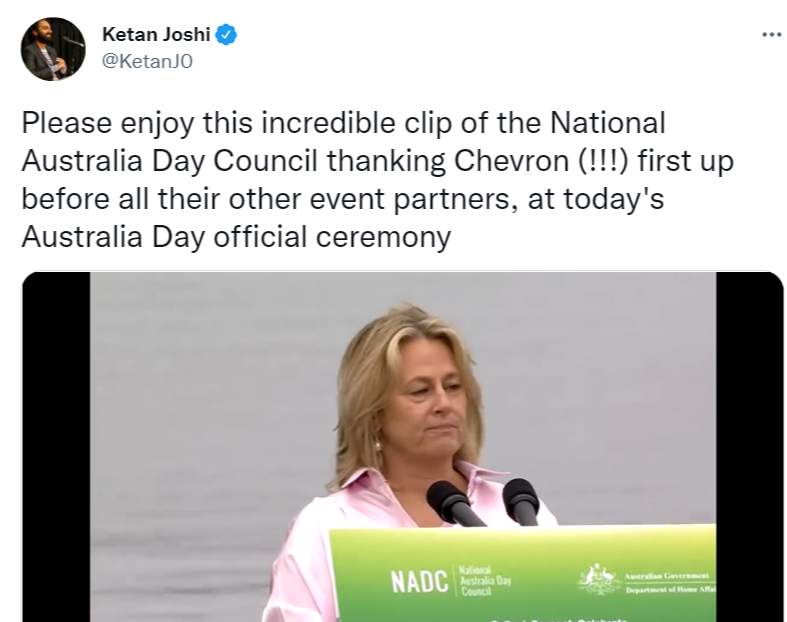 Chevron has been the ‘National Diversity & Inclusion Partner’ of the National Australia Day Council (NADC) since 2020.

It’s also a long-term partner with ‘Auspire’ the brand name of the registered charity, Australia Day Council of WA.

“Our people are our greatest resource and stories about human ingenuity, creativity, innovation, passion and purpose; which are attributes solving today’s biggest challenges, while anticipating those on the horizon, should be shared and celebrated” she said.

Auspire received almost $82,000 in non-government donations last financial year – 5% of its total revenue – which we can presume would be mainly from Chevron.

And the NADC received $3.1 million from sponsors in 2021 (a figure which has been doubling in recent years).

The sponsorship deals allow the American petroleum giant to align itself with what it means to be Australian – both in its own promotions (like this corporate video) and in government-run community events. 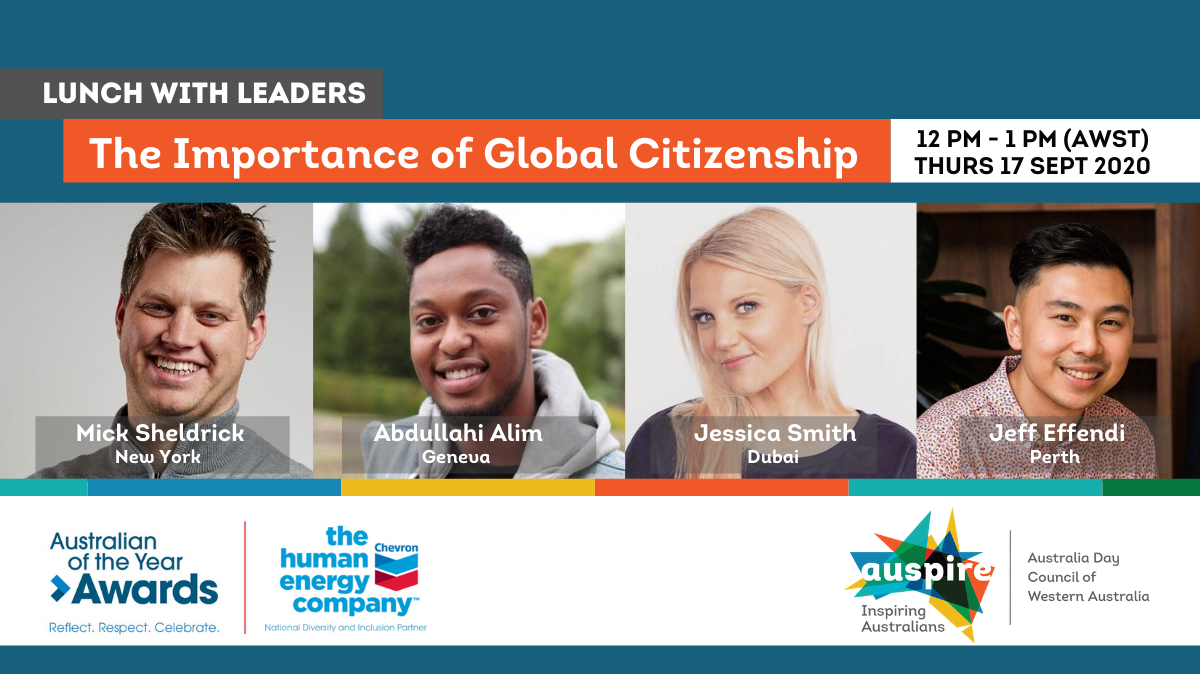 In addition, there is a Chevron representative on the Australian of the Year selection panels in South Australia, Northern Territory, Queensland, and WA.

It won’t be any surprise then that none of those states nominated anyone in any Australia Day award categories who had an association with tackling climate change. But Tasmania, NSW and Victoria did.

And we’re sure the sponsorship had no bearing on the fact that the WA Governor, Kim Beazley hosted a farewell for outgoing Chevon Australia Managing Director in March. Al Williams is now global Vice President of Corporate Affairs.

Since he’s back in America, Al might attend the Chevron Australia Day Ball. 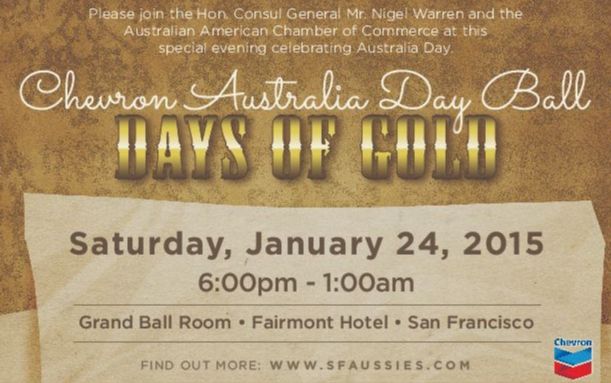 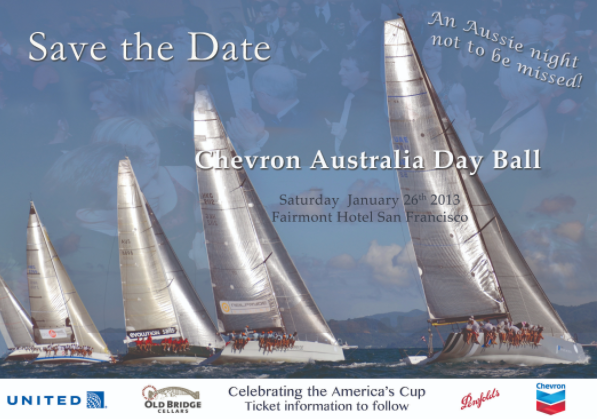 Chevron is Australia’s fifth largest greenhouse gas polluter and whatever it pays for its sponsorship of the Council, it gets back in spades. The Australian taxpayer has forked out $60 million for Chevron’s barely functioning Gorgon carbon capture and storage project. Plus the company pays barely any  royalties or tax.

Tell politicians you want a ban on fossil fuel sponsorships