We’ve got our first look at News Corp’s apparent green awakening and it’s a mixed start.

The campaign was first leaked to Nine Newspapers as an about turn for the media giant which has long promoted climate denial and inaction. 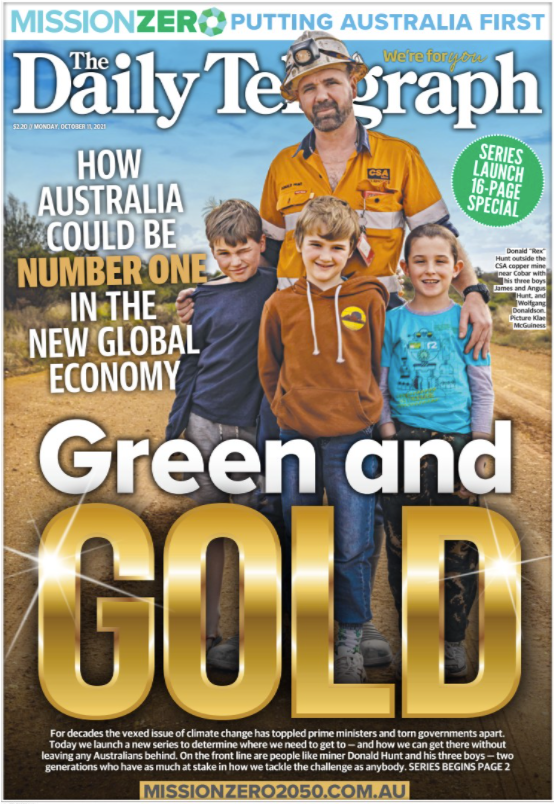 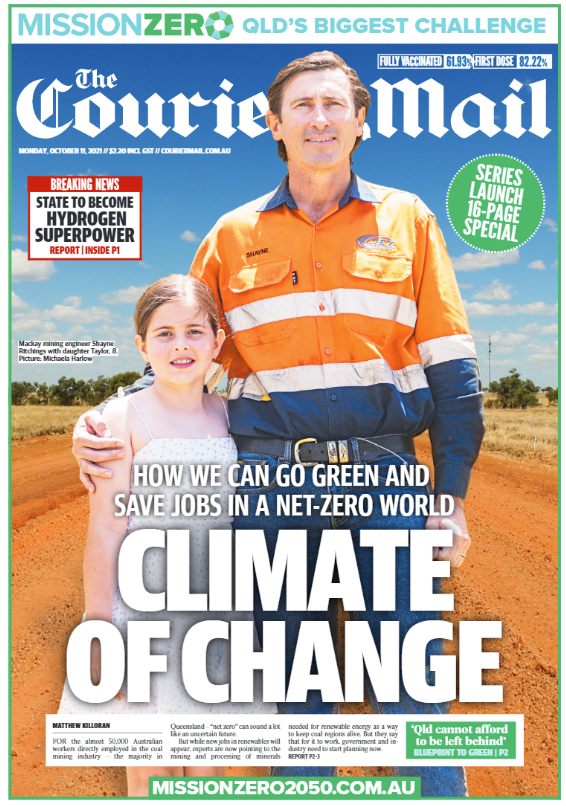 Interestingly, the campaign is positioned as an appeal to put workers, families and Australians ‘first’. This is the positioning preferred by former Prime Minister John Howard – that we should only take climate action if Australian’s aren’t worse off.  The difference now is that they are promoting Australia as a potential winner in the new economy – a significant shift. 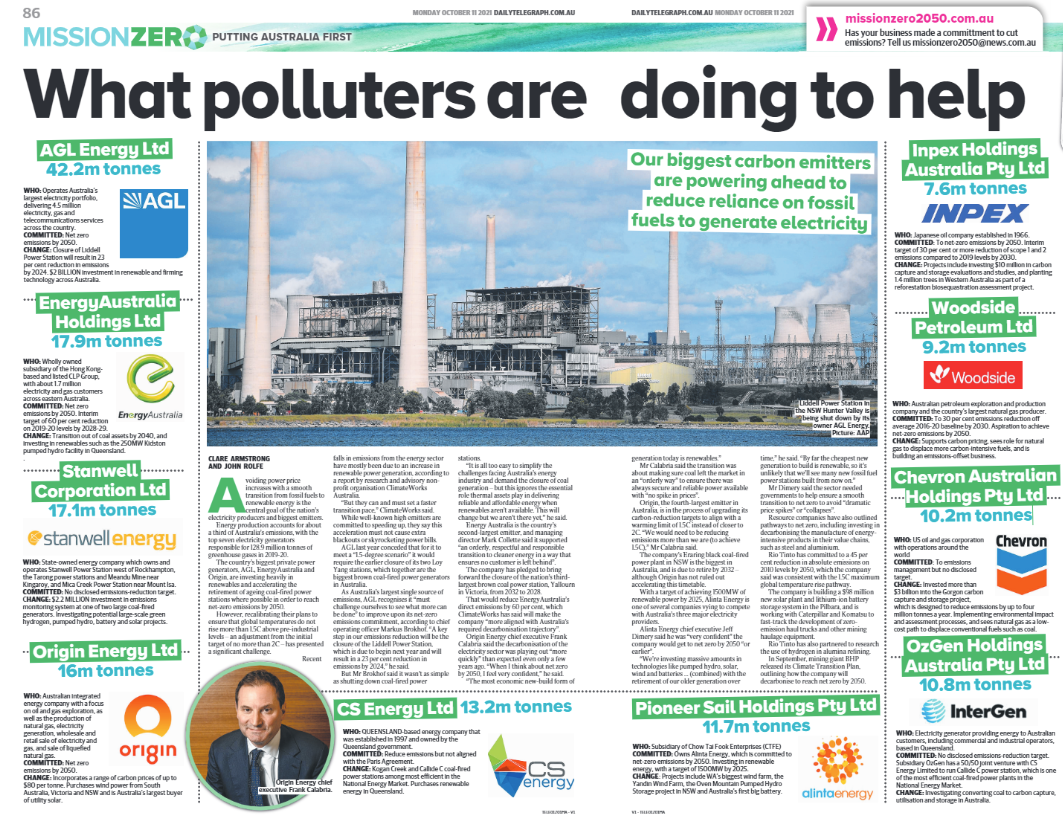 Another positive change – calling out big carbon polluters. However this greenwashing article ignores scope 3 emissions, ignores some of these companies’ massive expansion plans, and gives brownie points for insufficient abatement measures, such as planting trees.

And the campaign also comes with some fossil fuel advertising.

An editorial in the Australian calls for net zero by 2050, but ignores 2030, even after the Business Council of Australia called for reductions of up to 50% by 2030. Infuriatingly, it also positions net zero as a mere political dilemma of, “How best to pacify the extremists on the left and the right while delivering a credible policy that satisfies a modern, mainstream Australia.” No mention of science or impacts of global heating. 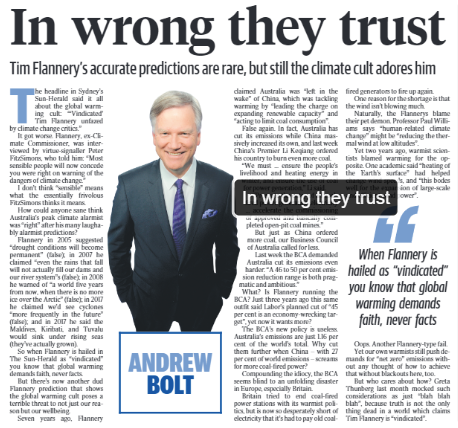 And Andrew Bolt rubbishes a 2030 targets in today’s Daily Telegraph.

While on Sky News Australia, a net zero goal is being called “horrific” and Chris Kenny’s documentary on net zero argues for ‘clean’ nuclear energy, which would take decades to produce – during which we could move to cheaper renewables.

As predicted, this campaign provides political cover for the Morrison government to announce a net zero by 2050 goal before COP, kicking the can down the road and delaying the dramatic pollution cuts we need this decade.